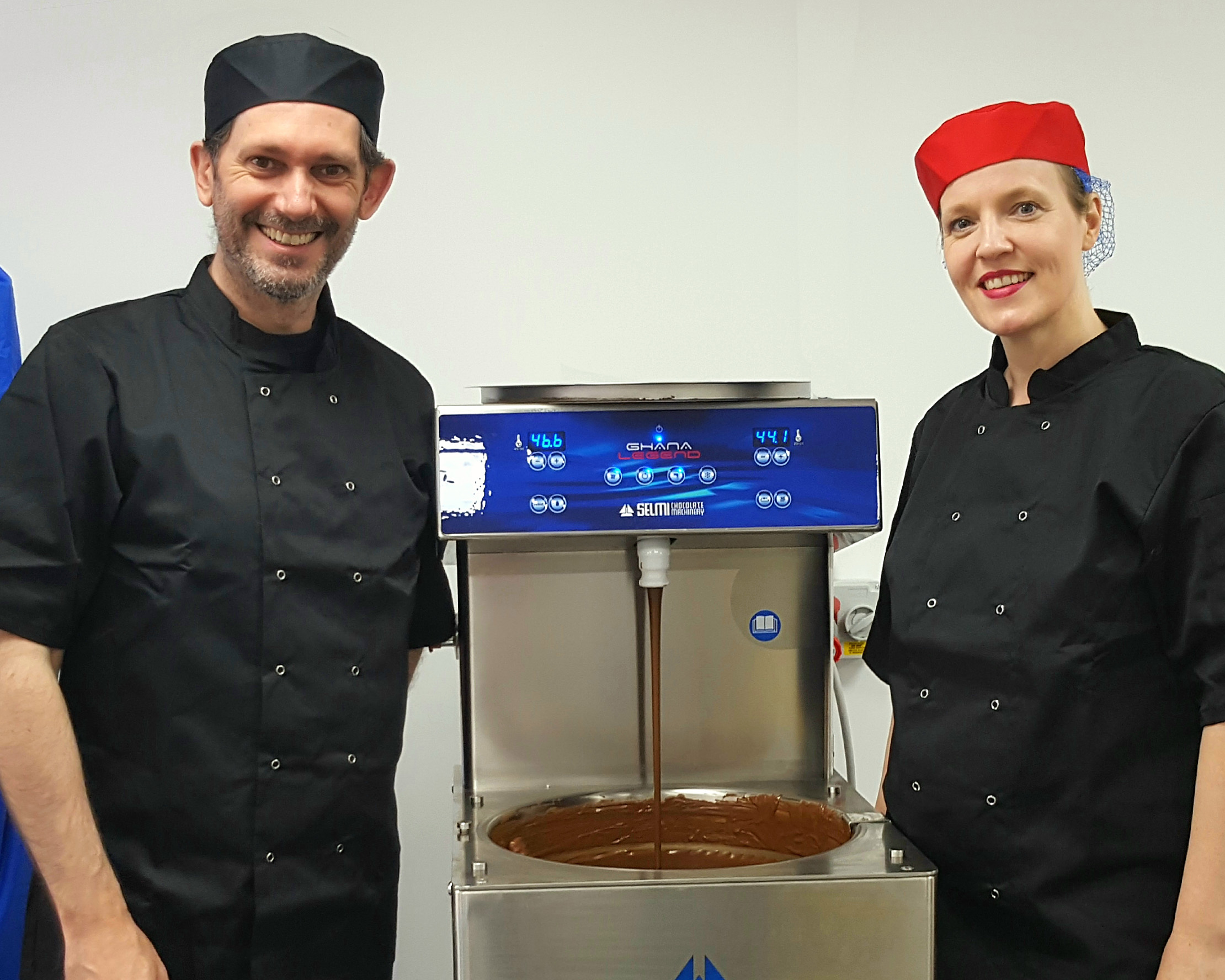 That’s us on the right, Corin and Lesley Jeavons. We are Jeavons Toffee!

We’re a small vegan family business based in Brighton, a husband and wife team, and our mission is to provide toffee based treats that are at least as good as the dairy based sweets that we used to love.

My name is Corin, and when I was a teenager back in the 80s, I used to make my own sweets at home with the help of one of my Mum’s big old recipe books.  Fast forward to 2015, and I was thinking back to those recipes and thought that I’d love to try and make dairy-free versions for the whole family to enjoy.  My first attempts weren’t bad, although they were missing some of that toffee magic.  I loved Toffos as a kid, and I wanted that exact flavour and texture, nothing less would do, and so the quest for the perfect recipe began! 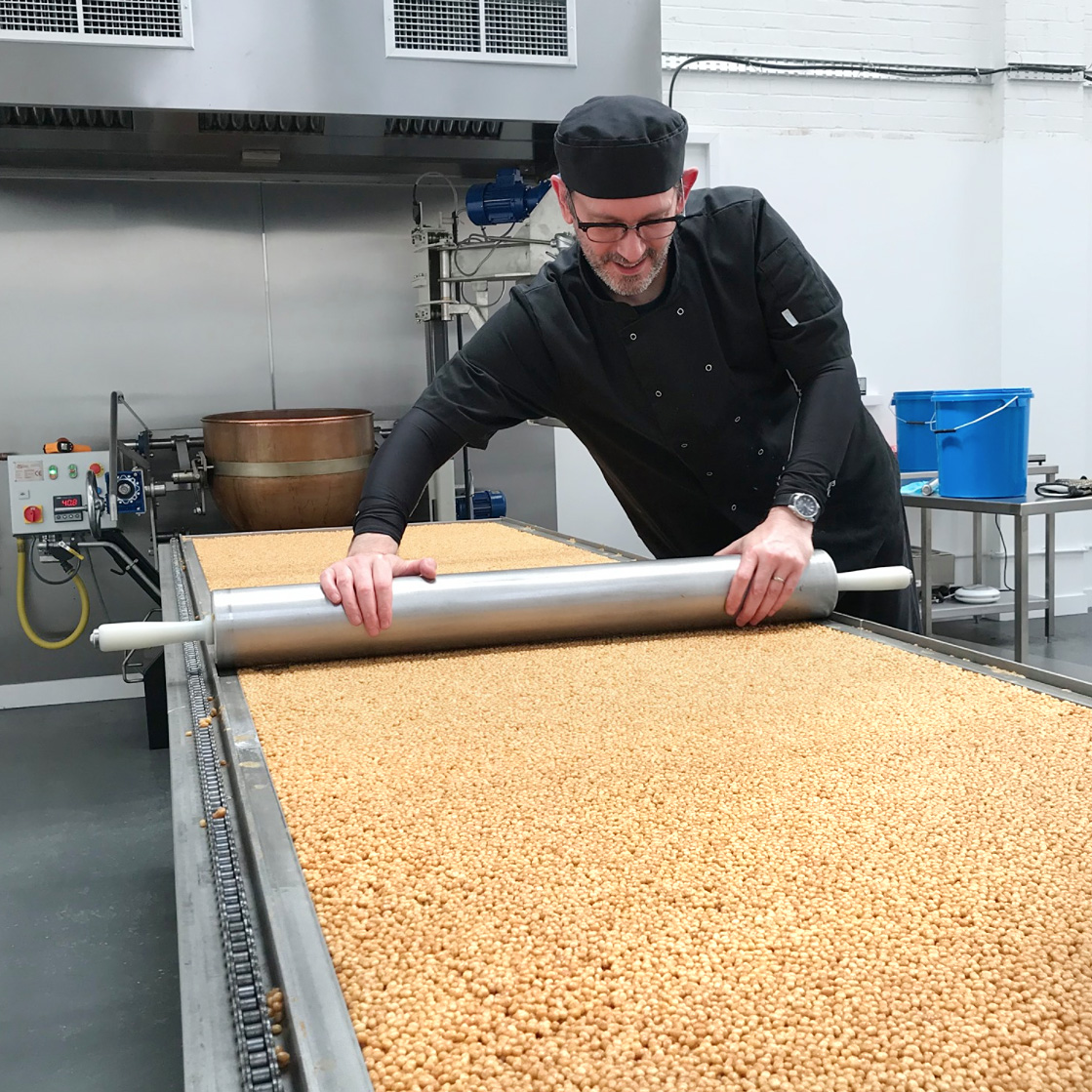 Later that summer, while nibbling on a chunk of my latest test batch of toffee that I’d covered in chocolate, Lesley smiled at me and said: “You should sell these, people will love them!” And so the seed was planted.  I was working in London all the time as a photographer, and in need of a change, a big change, and toffee was going to be it!

I first set out to produce a soft chewy vegan toffee centred chocolate, and it was a sensation!  “Oh my god, it’s like a Rolo!” was the response from friends and family who tried and loved them, and couldn’t believe that they were dairy-free.  “If we didn’t know you and trust you, we wouldn’t believe that these were vegan!”

By the end of the year, after hundreds of experimental batches and studying up on the science of sugar confection, and with help and support from some scientific minds, I finally had the ingredients and the method perfected, and had a toffee that was every bit as good as my childhood memories. But what to call it? We knew the name had to relate to love, but we were both struggling to think of the perfect word. Then one night while talking about our darling cat Amelie, and how “she’s always good for a smooch!” (she is, she really is!), and that was it – ‘Smooch!’, but with an alternative spelling that gives the ‘ch’ more smack, ‘Smootch’, and that was it!

It’s not been easy, and I can see why toffee isn’t made much by the big companies anymore, it’s a tricky science to get that distinctive flavour and texture, and making it on a huge scale is almost impossible.  That’s why the best toffee is made in pans, in small batches, to get the best flavours, and that’s what we do.  We’re not just making dairy-free toffee, we’re making GREAT toffee! By 2019 we outgrew our tiny home kitchen, and moved into our own premises.  With funding and lots of support, we were able to buy some essential equipment, and massively upscale production, and can now make enough toffees and chocolates to sell to stockists too!

Our factory is very much a vegan factory, we’re vegans, all our ingredients are vegan, and free from any ‘may contain‘ (animal derived) contaminants.  Our chocolate is UTZ certified, ensuring farmers and land workers get a fair profit, and prohibiting slavery, and although our products do contain some palm oil, it is RSPO certified as sustainably sourced, and from segregated crops.

There’s still a lot to do, production still needs to expand so that we can fulfil our potential, but we’ll get there, we’re nothing if not passionate about our products, and they deserve to be more widely available. 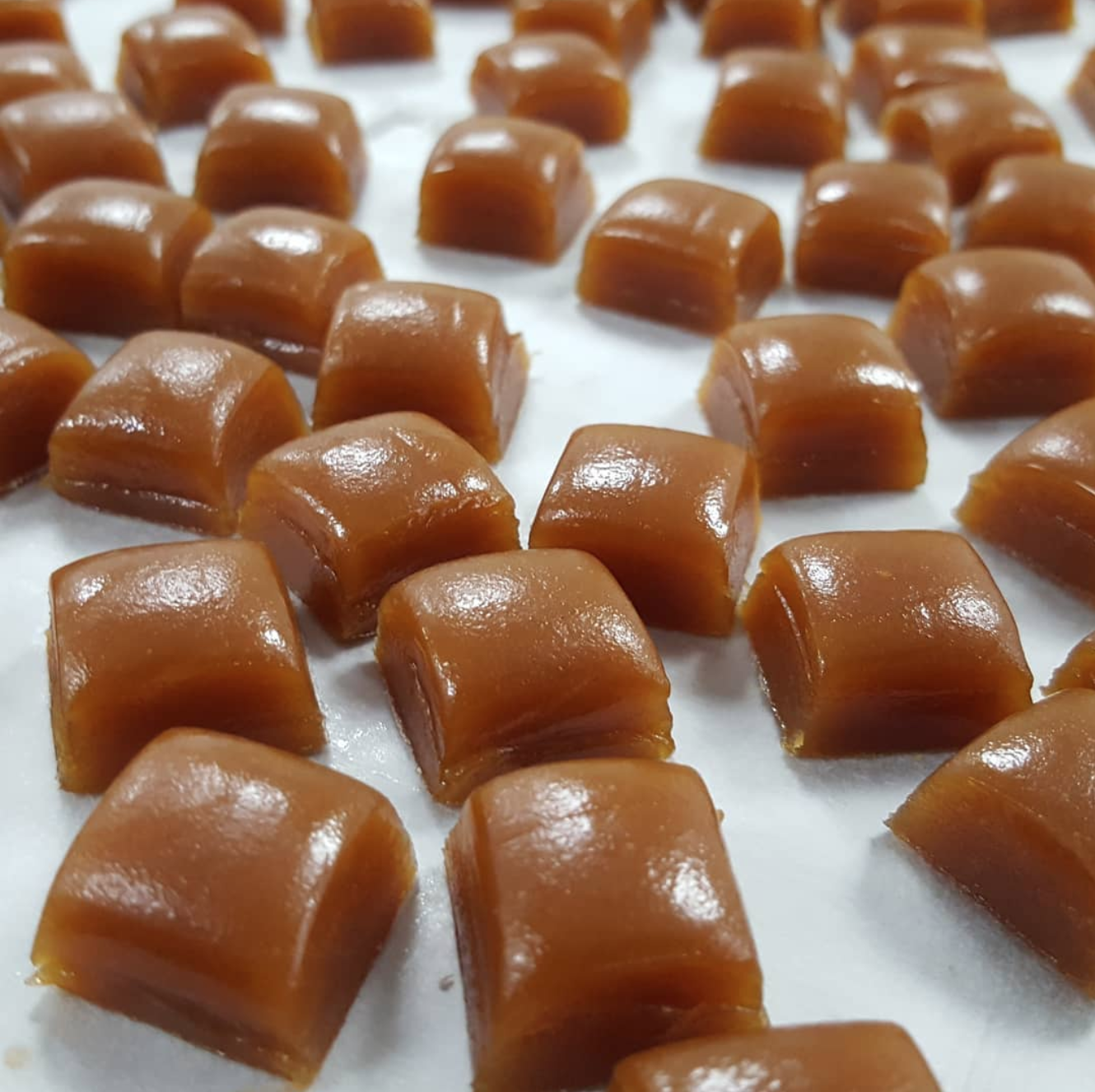 So if like me, you miss toffees and toffee chocolate ‘cups’, or the satisfaction of a peanut packed chocolatey chew, then you’ve come to the right place!  There’s nothing raw here, no dates come near our toffee, and there’s no ‘caramel flavourings’ either.  Toffee requires caramelised sugars, and that’s a tradition we stick to!

As a photographer, for more than 16 years, I’ve worked mainly in fashion, commuting to London, but I’ve also worked with many charities over the years, including the wonderful Viva!, the Vegan Society, the Vegetarian Society, and Peta.  If you know the dairy industry campaign Viva! ran years back of a suited gent sucking on a cow’s udders – that’s me that is! But toffee has become my new vocation (and I don’t miss the commute!), I think the teenage me would be happily surprised.

Lesley used to work for Viva! as director’s PA, and has been running her own diet & exercise classes since.  So if anyone is worried that our toffee might have them pile on the pounds, just come along to one of her classes! 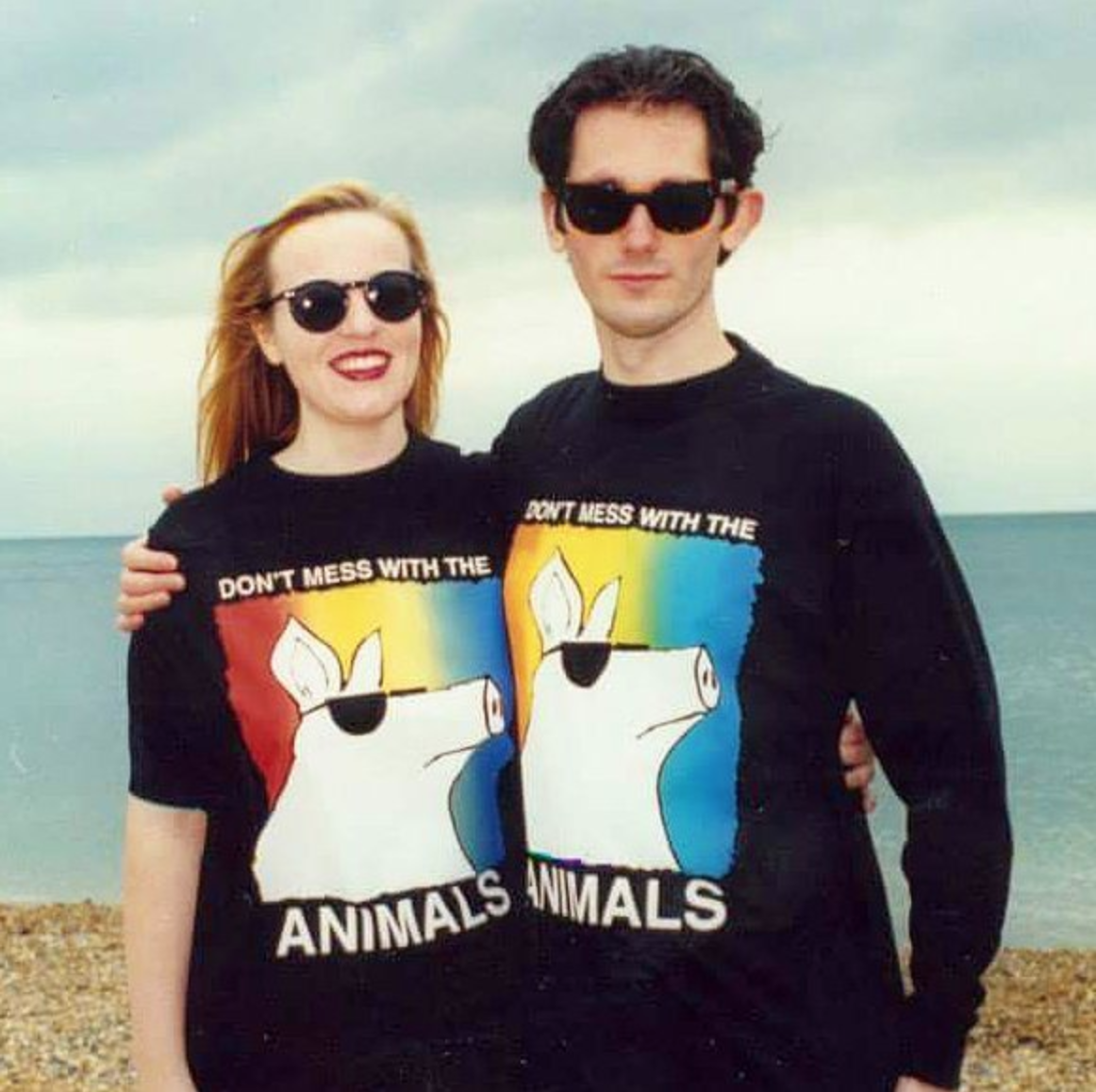